The Malawi National Commission for UNESCO hosted a coordination workshop for Southern African Intangible Cultural Heritage (SAICH) cooperation platform from 11 to 12 February 2019 at Lilongwe Sunbird Hotel, in Lilongwe. The workshop was organized as part of a project on strengthening sub-regional cooperation for implementing the 2003 Convention for the safeguarding of Intangible Cultural Heritage (ICH). The project is supported by the Flanders Government under the auspices of the UNESCO Regional Office for Southern Africa (ROSA). The workshop was organised by Chinhoyi University of Technology (CUT), Zimbabwe which is the host and coordinator of the platform created in 2015. The purpose of the workshop was to formally kick-start activities of the final phase of the project in seven countries in Southern Africa, namely: Botswana, eSwatini, Lesotho, Malawi, Namibia, Zambia and Zimbabwe.

The Chongoni Rock Art Site was inscribed on the UNESCO World Heritage List in 2005.

The Chongoni hills in Dedza district contain spread-out rock art sites that depict the cultural history and traditions of the peoples of the Malawi plateau: the transition from a foraging lifestyle to food production, the subsequent Ngoni invasion of the Chewa people, and the coming of the white man. The paintings also depict symbols significant during initiation ceremonies and ritual practices including gule wamkulu. As a centre of traditional and religious ceremonies, the rock art area encapsulates living cultural traditions. The area’s topography of rock overhangs amongst wooded slopes and grassy clearings provides a protective setting that is integral to the outstanding universal value of the rock art sites.

Situated within a cluster of forested granite hills and covering an area of 126.4 km2, high up the plateau of central Malawi, the 127 sites of this property feature the richest concentration of rock art in Central Africa. They reflect the comparatively scarce tradition of farmer rock art, as well as paintings by BaTwa hunter-gatherers who inhabited the area from the Late Stone Age. The Chewa agriculturalists, whose ancestors lived there from the Early Iron Age, practiced rock painting until well into the 20th century. The symbols in the rock art, which are strongly associated with women, still have cultural relevance amongst the Chewa, and the sites are actively associated with ceremonies and rituals.

In the light of the provisions of these two Acts, a management plan was prepared for the cultural resources in order to achieve the objectives of Government policy on cultural heritage preservation.

A management office and interpretation centre was constructed on the site. However, management of the site is suffering from lack of funds and trained staff. To support Chongoni Rock Art Site and preserve the history of Malawi, contact the This email address is being protected from spambots. You need JavaScript enabled to view it..

Before submitting a dossier to nominate a site as world heritage site, states are encouraged to submit their Tentative Lists. A Tentative List is an inventory of those properties which each State Party considers to be cultural and/or natural heritage of outstanding universal value and therefore suitable for inscription on the World Heritage List.

Nominations to the World Heritage List will not be considered unless the nominated property has already been included on the country’s tentative list. In 2010 the Malawi National Commission for UNESCO facilitated and coordinated research work undertaken by two departments of the Ministry of Tourism, Wildlife and Culture, to develop a tentative list for the country. The Department of Parks and Wildlife worked on the natural sites: Lake Chirwa in Zomba district in the southern region and Vwaza Marsh in Rumphi district in the northern region. The Department of Culture worked on the cultural sites: Khuluvi, Associated Mbona Sacred Rain Shrines in Chikwawa  and Nsanje districts in the southern region, and Malawi Slave Routes and Dr. David Livingstone Trail in Mangochi and Nkhotakota districts in the southern and central regions respectively

Lake Malawi National Park was designated a UNESCO World Natural Heritage Site in 1984, in recognition of its more than 500 endemic fish species.

Located at the southern end of the great expanse of Lake Malawi, the property is of global importance for biodiversity conservation due, particularly, to its fish diversity. Lying within the Western Rift Valley, Lake Malawi is one of the deepest lakes in the world. It is an area of exceptional natural beauty with the rugged landscapes around it contrasting with the remarkably clear waters of the lake. The property is home to many hundreds of rock-dwelling cichlid fish known locally as "mbuna", nearly all of which are endemic to Lake Malawi. The mbuna fishes display a significant example of biological evolution. Due to the isolation of Lake Malawi from other water bodies, its fish have developed impressive adaptive radiation and speciation, and are an outstanding example of the ecological processes. Lake Malawi's cichlids are considered of equal value to science as the finches of the Galapagos Islands remarked on by Charles Darwin or the honeycreepers of Hawaii.

Habitat types vary from rocky shorelines to sandy beaches and from wooded hillsides to swamps and lagoons. Granitic hills rise steeply from lakeshore and there are a number of sandy bays.

The property is an outstanding example of biological evolution. Adaptive radiation and speciation are particularly noteworthy in the small brightly coloured rocky-shore tilapiine cichlids (rockfish), known locally as mbuna. Lake Malawi's cichlids are considered of equal value to science as the finches of the Galapagos Islands remarked on by Charles Darwin or the honeycreepers of Hawaii.

Lake Malawi is globally important for biodiversity conservation due to its outstanding diversity of its fresh water fishes. The property is considered to be a separate bio-geographical province with estimates of up to 1000 species of fish, half occurring within the property: estimated as the largest number of fish species of any lake in the world. Endemism is very high: all except five of over 350 species of mbuna alone are endemic to Lake Malawi and are represented in the park. The property is also rich in other fauna including mammals, birds and reptiles. 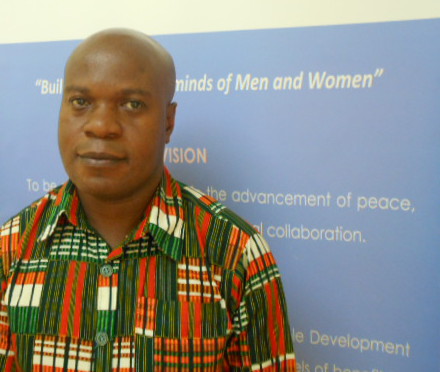