The need to reflect on the moral dimension of advances in science and technology, as well as the desire to enhance the public’s health has, in many areas of the world, led to the establishment of various forms of Bioethics Committees.  In addition, the Universal Declaration on Bioethics and Human Rights advocates the establishment of independent, multidisciplinary and pluralist ethics committees at national, regional, local or institutional levels.

Bioethics Committees reinforce the role of UNESCO as an international clearing house for ethical issues. Ethics committees are intended to be one of the most important intermediary bodies for the implementation of the normative instruments adopted by the member states. In many countries, experiences exist with bioethics committees at various levels of government.

However, in the majority of member states, such committees do not exist at the moment. UNESCO has initiated a program to support the establishment and operations of bioethics committees (ABC project – Assisting Bioethics Committees). 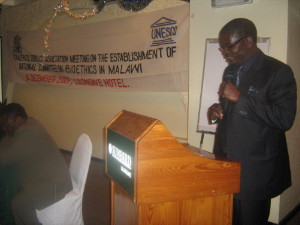 The establishment of the NACOB began when in 2007 the National Commission for UNESCO in collaboration with the then National Research Council organized an international workshop to orient stakeholders on the ABC programme of UNESCO and encourage them to establish the bioethics committees.

Since the establishment of NACOB two training workshops have been organised for the members of the Committee. The latest was held from 20 to 26May 2017 in Lilongwe.

The aim of the project and the training workshops is to strengthen capacities of members of the Committee to manage bioethical challenges and engage fully in debates on bioethics and on the identification of the ethical, legal and social implications of cutting-edge science, emerging technologies and their application for sustainable development.

The workshop culminated in a live debate on Zodiak radio on the 26 May, 2017. 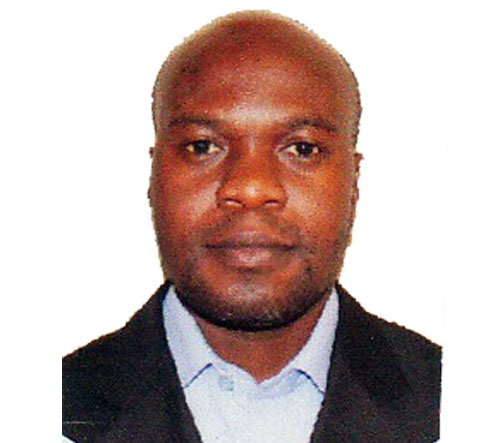 Christopher is currently holding the fort for Social and Human Sciences pendin recruitment of a substantive officer for the programme.

The Doping Control Process for Athletes